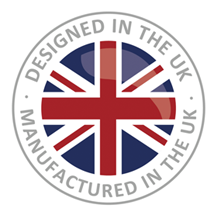 If there is any one room in the home that needs to be functional, it is the kitchen. However, since it is at the very heart of the home, your kitchen should also be stylish and presentable.

These days kitchen trends and styles go out of date very quickly - often resulting in a kitchen which remains perfectly sound in terms of its main structure, but one which seems dated and, dare I say, somewhere your grandmother might have felt at home.

However, there is no need to despair, even if the credit card won’t stretch any further and your wallet is relatively empty. With a few basic power tools, plenty of elbow grease and a good eye for design, anything is possible—no matter how outdated and hopeless your existing kitchen may seem. Rest assured. You would be surprised just how much potential lies within even the most rundown of spaces.

A kitchen dating back to the late 1970s or early 1980s may well boast weird angles and an over exuberant use of honey coloured pine cabinetry. Add a typical laminate floor and liberal use of the colour orange and it is no wonder that the owner of such a kitchen might have nightmares about it.

Some 20 years ago I purchased a large Victorian property in South West Scotland, which needed absolutely everything done to it, but which boasted enviable original features, such as elaborate plaster ceiling mouldings, sash windows, high skirting boards and original marble and granite fireplaces in every room … and an absolutely diabolical late 1970s pine kitchen, in fine structural order, but it was an absolute eyesore to look at.

With so many things that needed urgent attention, such as a leaking roof, I vowed that the ugly, but perfectly serviceable kitchen would be spared for a year or two whilst I got on with the more essential works.

However, within a week of moving in, I was taking a sledge hammer to that kitchen.

Such drastic action is not always necessary and, if the budget is on the slim side, a makeover can be achieved with relatively little cash outlay.

A small kitchen to which a separate laundry room is attached can be opened out into a much larger and more open space by demolishing a dividing wall. Similarly bringing extra light into the busiest room in the house will certainly make it seem both bigger and brighter.

As a result of the pandemic, for so many people working from home has become the norm and their kitchen now doubles as a home office, housing a computer on what had once served as a breakfast bar and turning kitchen drawers into the repository for office equipment, as cutlery trays metamorphose into storage space for pens and pencils staple guns and paper clips.

It is no wonder then that, as we spend more and more time in our kitchen, the space that we are working in has to be bright, modern and inviting.

In most modern properties, kitchens tend not to be the largest room in the house and yet we often spend more time in then than any other room in the house, so every single inch of space has to work for us.

Simply replacing the cabinet doors and drawers can make a tremendous difference and, these days, there are plenty of companies out there who specialise in kitchen makeovers. For the budget conscious, these companies provide good value for money and can totally transform a tired looking kitchen for a fraction of the cost of installing a brand new one.

Another idea is to simply replace the worktops. Doing so can be likened to buying a new carpet for the living room and represents an extremely cost-effective means of producing a brand-new look, sprucing up your workspace for very little outlay.

Needless to say, anyone embarking on this route is bound to encounter the odd problem or two - especially if the kitchen you are seeking to improve is not one which you installed yourself and simply something which you ‘“inherited” from your property’s previous owner.

At one time I owned a property in southern France close to the ancient walled city of Carcassonne. I well remember one occasion when I arrived there late one night after the house had been left empty for many months.

The electricity was switched off at the main fuse board, which was located in the kitchen. Groping my way in complete darkness towards the bank of flip switches situated in a wall cupboard (I had forgotten to bring a torch with me from the UK), I suddenly found myself skidding on the tiled floor and promptly landed flat on my backside!

I soon became aware that I was sitting in a pool of spilt olive oil amidst a sea of smashed glasses and broken china and that the entire floor space was littered by broken wall cabinets, which had come off the wall at some point during the previous few months when the property had remained empty.

It wasn’t until the next morning that I was able to make a clearer inspection of what had happened. Quite simply, every one of the wall cabinets had fallen off the wall, presumably having gradually worked their way loose from the inadequate wall fixings which were supporting them and which had been installed by a previous owner or, perhaps, a kitchen fitting company employed to install them.

Unfortunately, not every professional kitchen fitter fully appreciates the need for strong, good quality fixings - a situation to which owner of Space-Plug, Cliff Petit can attest.

As a company, Space-Plug promotes itself as “The kitchen fitter’s friend”, providing a simple, cost-effective solution to the age-old problem of using “L” brackets, which are fiddly to install, time consuming, inflexible and, quite frankly, down right naff!

Over 5 million of these fast, easy, accurate and adjustable plastic plugs have now been sold worldwide (although presumably not in any great volume in the particular corner of the South of France, where I went skating on olive oil).

Space-Plug was invented by Cliff a number of years ago when he was working as a kitchen fitter himself. It was then that he experienced one of those “Eureka” moments when he came up with the solution to an age-old problem.

Cliff was working on site on a worktop replacement project. It wasn’t until he had removed the existing worktops that he realised that none of the kitchen units were actually fitted and nothing was properly screwed to the walls. As a new invention, Space-Plug was born!

What should have been a simple task of purely replacing the old kitchen worktops resulted in him having to fit the whole kitchen properly and he wasn’t even being paid to do so! Needless to say, it all involved a great deal of extra work.

Grab hold of a handful of these perfect plastic problem solvers and keep them in your overall pocket. Simply drill straight through the cabinet and into the wall behind, thread your screw and locate, unwind your Space-Plug to fit and tighten it up. Job done. It really is as simple as that!

We would like to say a massive thank you to Chris Sharp Cabinets for providing the before and after photographs of their kitchen design and installations. 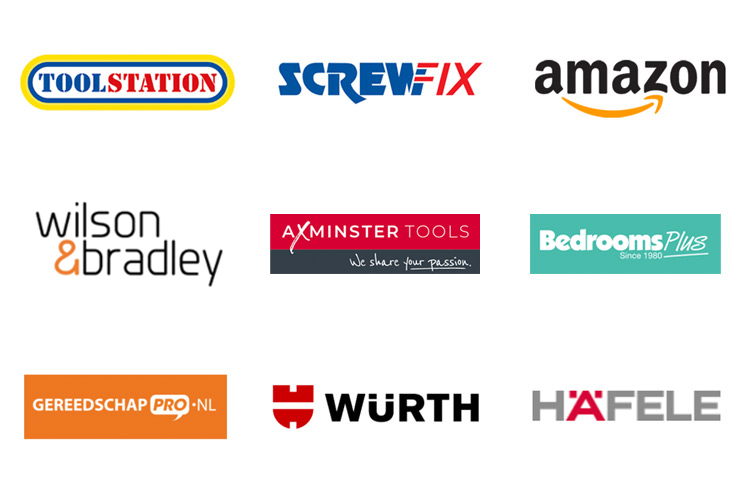